We are constantly working to support many charities and good causes, well known and some not so well known as our monthly charity collection reflects the generosity of the choir members.  With so many causes needing help, we invite suggestions from within our ranks as to where our efforts may be focused and this spreads financial support as fairly as possible across a wide range of deserving causes. 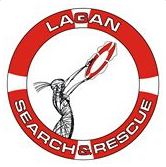 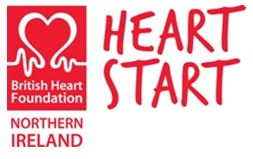 As we enjoy singing we strive to entertain, meet new people, perform with many artists, travel to destinations near and far to promote choral  music and in the process gain much needed funds for many charities.  Concerts, church services etc allow for the work to continue as we can support other organisations in their efforts to fund raise for their particular chosen charities and some examples can be seen here along with the choirs chosen recipients. 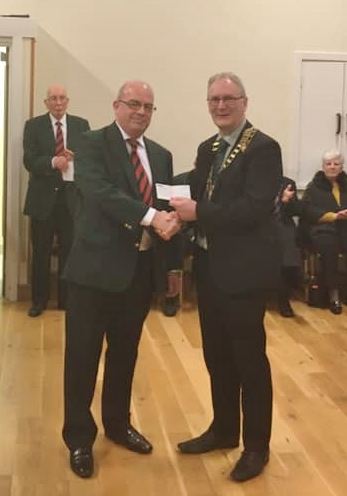 2019 Annual Carol Service with Donaghadee Rotary Club and a donation from the choir to purchase another Shelter Box.

This is a very deserving charity to help support those in need anywhere in the world after a natural disaster or as a result of conflict.

Our Chairman, David McAlpin presents a check to John Hennessey, the President of Donaghadee Rotary after a very informative report regarding the magnificent work by this ‘Shelter Box’ charity.

A ‘Thank You’ card from the ‘ShelterBox‘ Charity expressing their gratitude for the continued support given through the choir and we are pleased to report our further donations from collections at our choir practices.

It is reported that some of these boxes are being deployed presently (Jan 2020) to the Philippines following  extreme volcano eruptions. 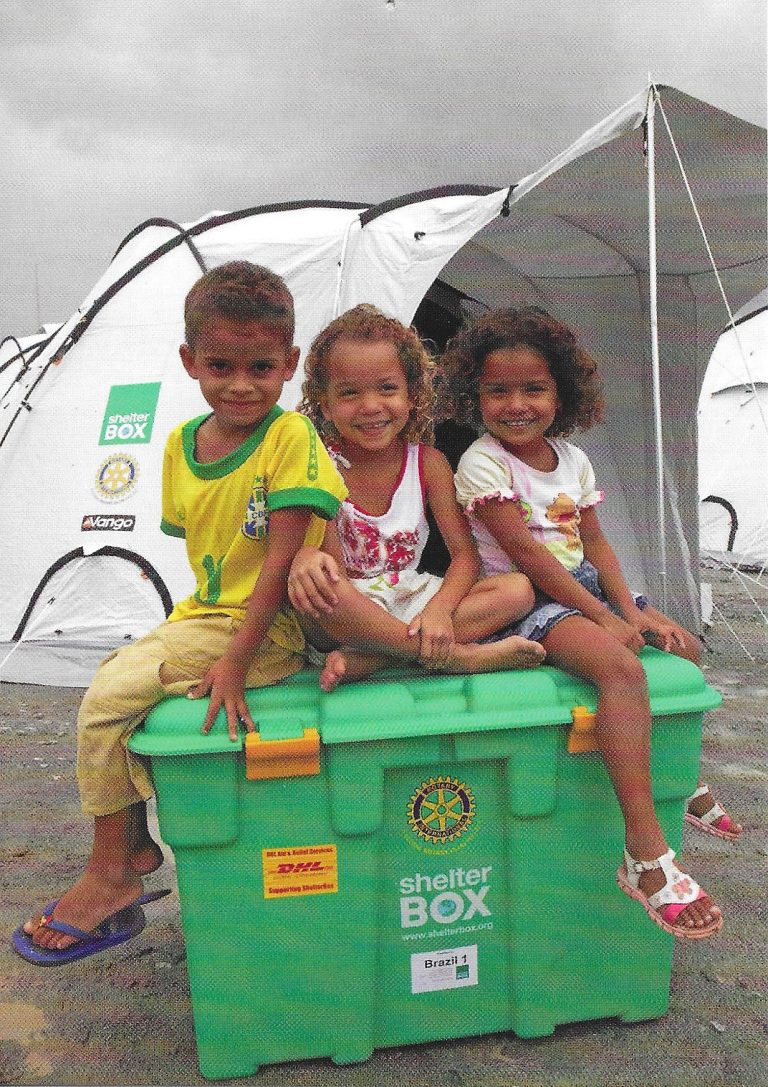 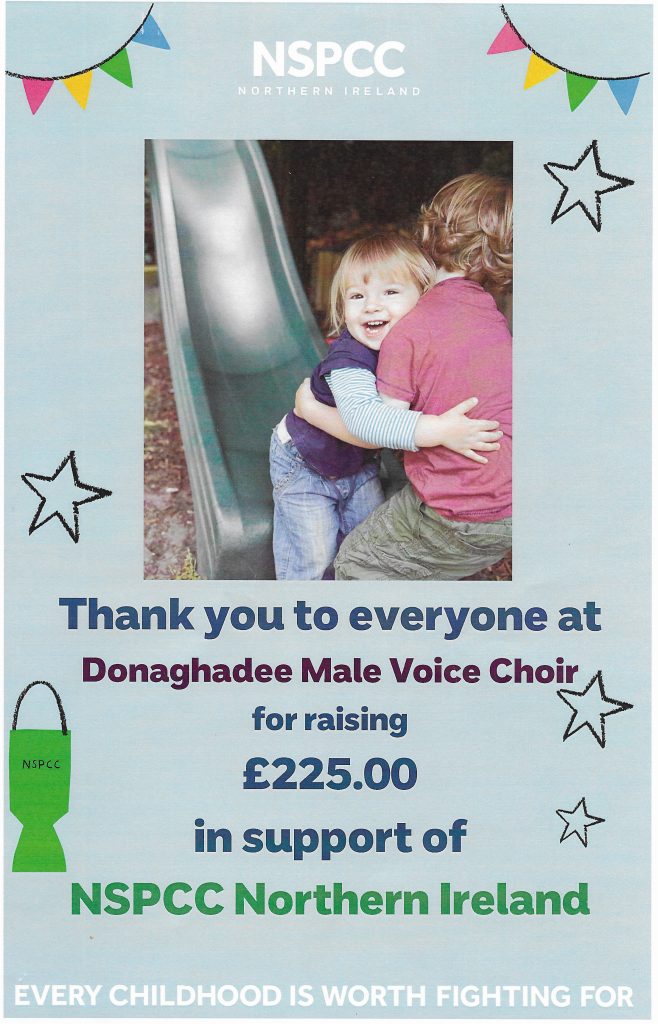 Donaghadee Male Voice Choir was delighted to forward a donation early enough to secure presents for children via this very worthwhile charity and in good time for Christmas.

Choir Purchases a ShelterBox for Indonesia.
As a result of the recent earthquake and tsunami which hit the Indonesian island of Sulawesi in September 1.5 million people have been affected and hundreds of thousands of survivors are in urgent need of food, water and shelter.
At Donaghadee Male Voice Choir practice last week choir Chairman Richard Montgomery presented Valerie Goodchild, President of Donaghadee Rotary with a cheque for the purchase a ShelterBox as part of the on-going Indonesian Tsunami Appeal.
ShelterBoxes are designed to provide temporary shelter and life-saving supplies to displaced families, and typically contains a tent designed to withstand extreme weather conditions, water purification kit, blankets, tools and other necessities to help a family survive. 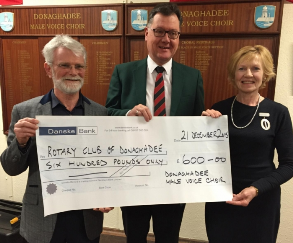 On behalf of the members of Donaghadee Male Voice Choir and as part of its on-going charity work, Choir President Lady Sylvia Hermon and Choir Chairman Mark Mawhinney presented  Robert McIlveen, President of Donaghadee Rotary Club with a cheque for the purchase of a ShelterBox. This is the fourth ShelterBox which the choir has purchased. ShelterBoxes are designed to provide temporary shelter and life-saving supplies to displaced families, and typically contains a tent designed to withstand extreme weather conditions, water purification kit, blankets, tools and other necessities to help a family survive. 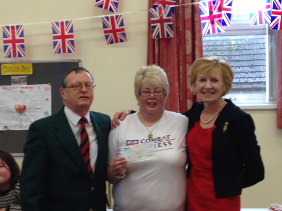 Donaghadee Male Voice Choir took part in a “Big BrewUp” in St Mary’s Church Comber. The event was organised by Rosie Day, mother of Corporal Channing Day who was killed in Afghanistan, October 2013. The Big Brew Up is part of the fundraising mission by the Soldiers, Sailors, and Air Force Association and all proceeds from the morning will go to Combat Stress.

After their performance at the Big Brew Up, Lady Hermon MP, President of Donaghadee Male Voice Choir, presented Rosie Day with a cheque from the choir.